Get the DAM Cookbook
TLDR: Why a branded digital asset is worth a thousand words

Why a branded digital asset is worth a thousand words

Get the 2019 State of branding report 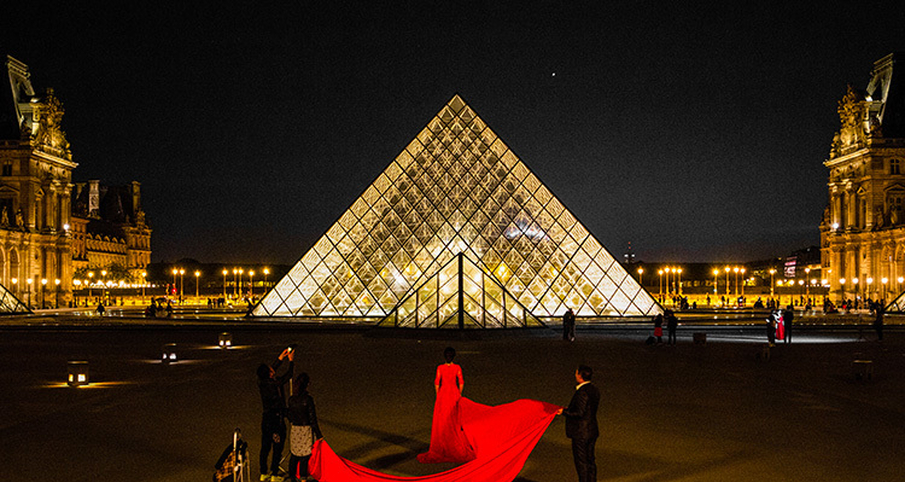 Let’s face it, there’s a lot of junk content out there. The noise you have to cut through to get to the meaty, juicy content tidbits is absurd!

Even Mary Meeker’s 2019 Internet Trends report highlights the importance of visual content. Visuals communicate ideas succinctly and efficiently. Visuals get to the point!

Any brand that put resources towards the creation of digital assets such as visual branded content (i.e. videos, infographics, photographs, designs, illustrations, animated gifs, etc) shows that they care about their customers’ time by communicating instantly with visual content. There’s now more digital content in the world than we could consume in a hundred lifetimes!

That’s why brands need to get smart when it comes to allocating resources for creating different types of content.

While everyone is shouting at the top of their lungs hoping to be heard, thanks to mobile phones the average attention span has dropped from 12 seconds to 8. Standing out from the crowd is more important than ever. But how do you grab the customer’s attention in a world with so much noise, where your audience has an attention span shorter than a goldfish? The answer is branded visual content. 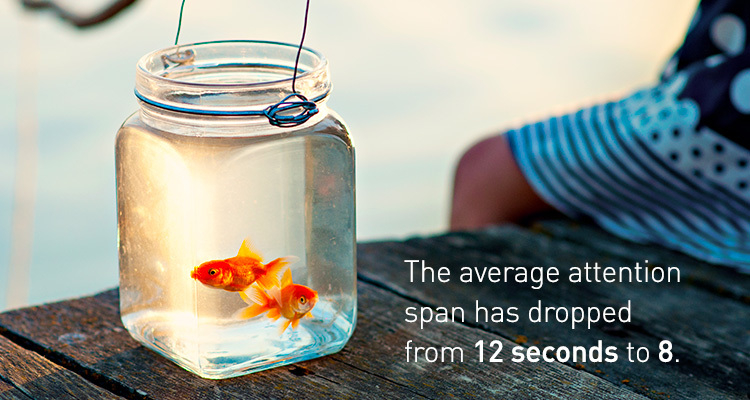 According to a survey by HubSpot, “32% of marketers say visual images are the most important form of content for their businesses.” And 50% of consumers prefer video over other forms of branded visual content. We conducted a survey of over 500 marketers recently and found that the majority of brands plan to increase their investments in branded visual content this year. 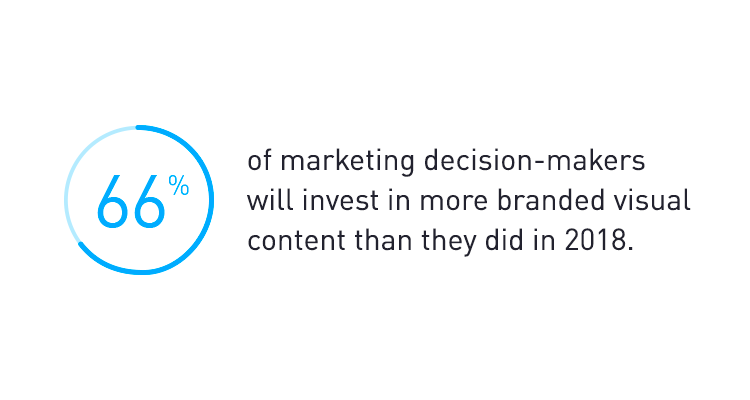 But why do people share, upload and watch so many photos and videos? What makes visual content superior to our beloved plain text? Does anyone even read anymore?! 🤷

People have always been visual -- our brains are wired for images. Writing was a hack, a detour. Pictorial languages are how we all started to communicate -- we are coming full circle. We are reverting to what is most natural.

Not all visual stimuli are created equally

Almost half of our brain is involved in visual processing while only 8% is used for touch and 3% for hearing. What’s more, around 90% of information transmitted to the brain is visual and processed 60,000 times faster than text.

In other words, it’s much easier to process and understand visual content. Imagine if the stats above were communicated via image.

The Picture Superiority Effect also helps to explain why visual content is superior to text. People remember pictures better than they do words. Whenever someone hears information they’re likely to remember around 10% of that information 3 days later. If this same information is paired with a relevant image however, 65% of information is retained. By visualizing information, the brain can thus synthesize and retain content more effectively, increasing the impact of this content.

Visual content can also help your brand activate certain emotions far better than plain text ever could. Emotions drive people to talk, share and buy. Or, in other words, visual content drives people to take action and has a direct effect on engagement.

Engagement measures how much and how often others interact with your content. If people take the time to click on, like, comment on, or share your posts they actively engage with your brand. And it seems that people prefer to engage with branded content that contains visuals. Consider the following statistics:

A powerful example that showcases the impact of visual content is the Dove Evolution video created by Tim Piper in 2006. For decades the media has shaped an unrealistic perception of beauty that’s still prevalent today. As a result, many women felt, and still feel, as if there’s something wrong with them. Models are tall, skinny, perfect, and Photoshopped.

The video takes us through the process of creating the perfect photo for an ad. With no lack of makeup, styling, and of course, Photoshop, the photo of the woman is transformed into the perfect snapshot. With the end screen fading to black and text appears that says, “No wonder our perception of beauty is distorted,” Dove brilliantly meets its goal to inspire more women to be confident and comfortable with themselves.

While thought-provoking and somewhat shocking, the video gave people a reason to talk and fueled a public discussion about an issue that was being all too ignored. What does it actually mean to be beautiful? Is our perception of beauty realistic?

With a budget of only $135,000 the video generated well over 18 million views and $150 million worth of free advertising. Quite impressive given they could have also just written a blog post about the issue, but why tell when you can show? Video has the ability to trigger emotion more quickly than most other forms of content, and it gets to the point, fast.

When we wanted to highlight how we use our own product internally, instead of simply writing a blog about it, we made a video that is part-culture and part-product, not something that would have been easy to do with just plain text. We were able to show our product in the context of a modern digital workplace.

Don’t give up text, but get to the point. That’s the power of branded visual content.

The marriage of the two makes for an even stronger product. The power of visual marketing comes through when you can pair it with a short story. Your message can be that much more powerful.

See what role visual content will play in branding strategies. Get the 2019 State of branding report. 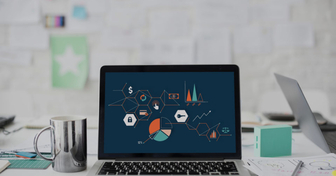 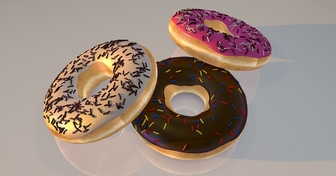 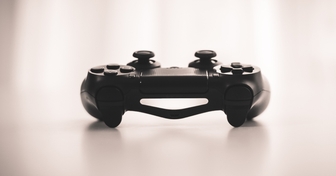