Lessons in branding from Mad Men 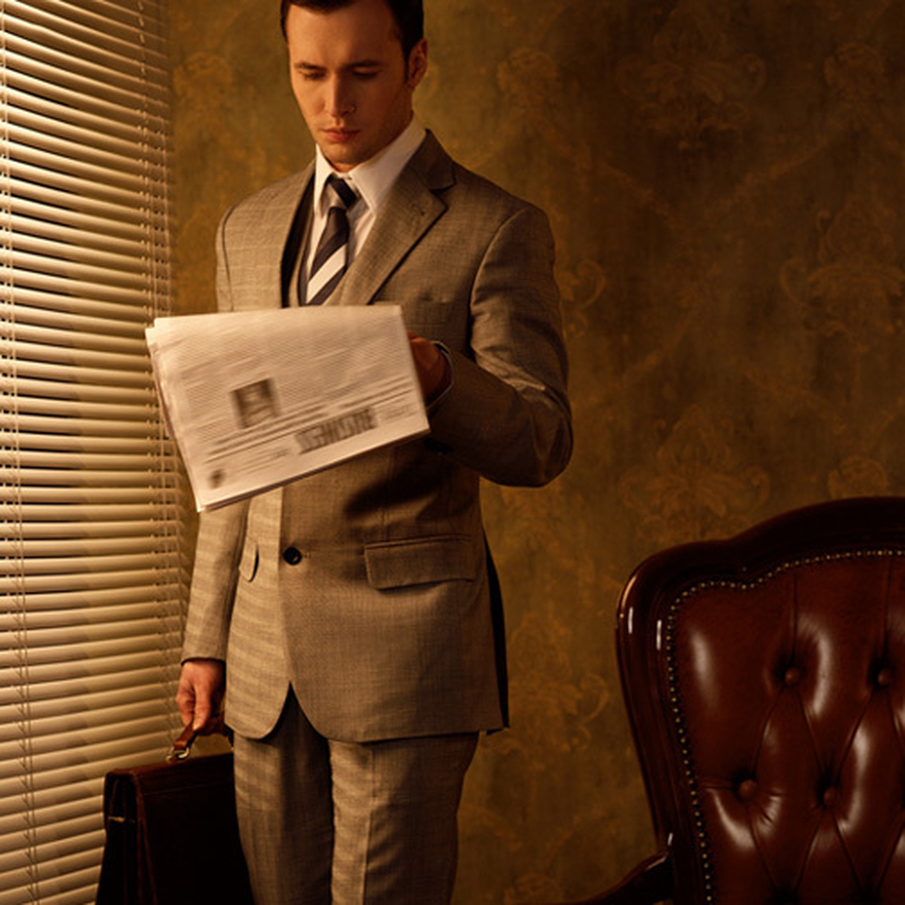 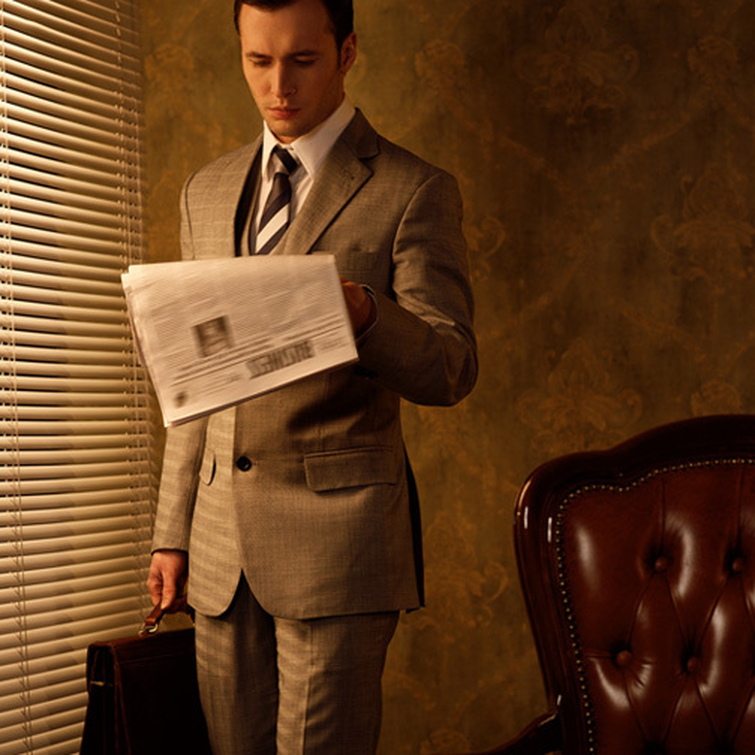 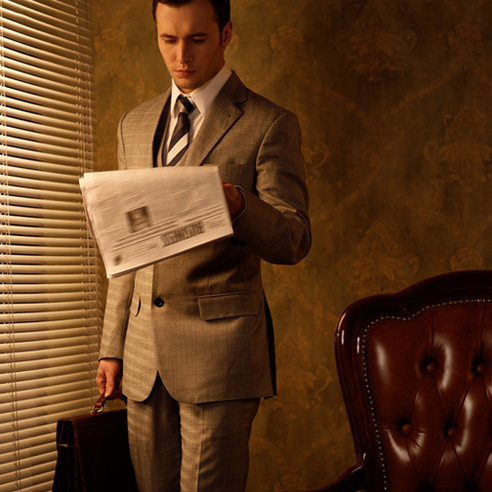 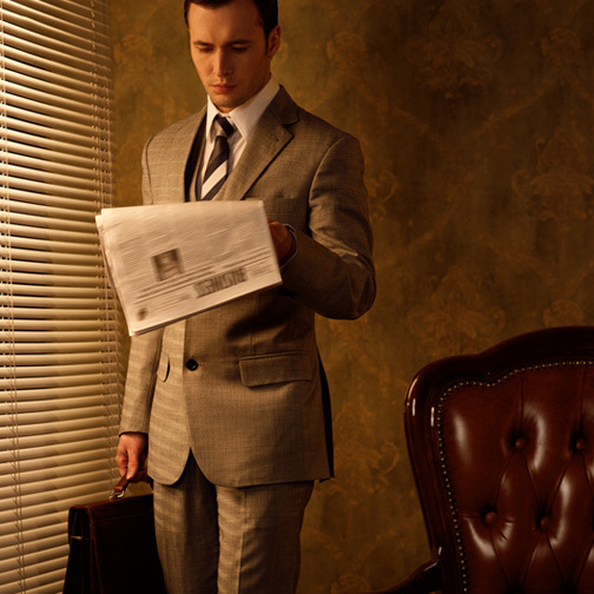 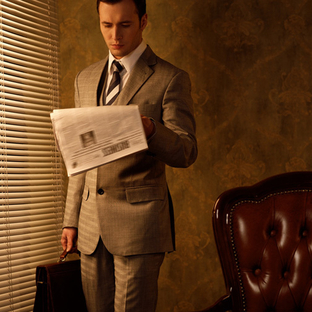 Don Draper epitomizes a certain type of cool. He’s tall, he’s dark, and he’s handsome, but there’s something more. His mystique is difficult to define, but completely perceptible. That said, his presence has evolved over the course of Mad Men’s seven seasons. He began the nineteen sixties as part of the vanguard, and he’s ending it as a piece of nostalgia. Like one of his wives, the audience was romanced by him in early seasons, but by now we can see him for something close to who he really is. His story is one of image, and a sometimes desperate attempt to maintain it. For brands, there are lessons to be learned from Don, and not all of them have to do with the way he pitches a campaign.

1. Be authentic, without spoiling your mystique

Don’s allure in the first season was defined by his secrets. When we learn in the finale of season one that he stole someone’s identity to desert a war, part of that allure cracks. Not because of what he did, but because the secret behind his mystique has been revealed. As his secrets trickle out over the course of the show, no one is all too shocked, and by season seven, his deep dark secrets become the subject of dinner conversations with women he’s just met. With the mystery solved, part of what makes Don Don has disappeared.

Companies like Coca-Cola and KFC hold on to “secret recipes” to build a mystery behind their brands. If we knew the secret ingredient in Coca-Cola was something like lemon zest, that mystique would die in an instant. The search for the truth can be infinitely more interesting than the truth itself. Consumers value transparency, but they appreciate a good mystery as well.

Don’s past as a war deserter is not something to be proud of, and if that truth were revealed, there would be more on the line than his mystique. Yet with most of his past out of the bag, he’s become more honest with people about who he really is. He doesn’t exactly advertise his past, but he doesn’t exactly hide from it either. He owns his dark past, he just doesn’t really talk about it.

Of course, Don’s not the only one with a deep dark secret. As the saying goes, behind every great success is a great crime. Almost every brand has something they’d like to keep hidden, and when the day comes that it sees sunlight, it’s important to own it without fully embracing it. When it comes to brand management, acknowledge past mistakes, admit you’re not proud of them, and try to move on.

For the most part, Don’s clothing has remained unchanged since the series started. His ties might be a bit wider, but he still has slicked back hair in a sea of sideburns and shag haircuts. In contrast, Roger, Don’s colleague and confidant, has gone with the times and grown a mustache. To an audience used to seeing Roger as an elder statesman of advertising, the mustache appears a little desperate. It’s important for brands to keep up with the times, but you can’t look like a follower. Too often brands will jump on the latest trend, such as creating a flash mob or doing the “Harlem Shake,” only for it to be forgotten years later. Either be a leader and create something totally original or build stronger brand awareness by staying consistent.

In a recent episode, the agency faces a problem from a young upstart. Their client, Topaz stockings, is facing stiff competition from L’eggs, a cheaper, cleverly marketed competitor. Topaz makes a superior product, but they’ve lost the cool factor. In their meeting, Topaz expresses an interest in copying L’eggs’ product, and Peggy instantly protests. As she puts it, copycats will always be number two. As they say in marketing, be the first, be the best, or be the cheapest. Instead, she suggests being more honest about what the brand is, and acknowledging its age while emphasizing the superior quality.

Everyone gets older, and brands are no exception. Most of the time, this is a good thing, not only because it means you’ve survived, but because you have reputation to rest your hat on. However, for certain brands, time is an enemy.

Don is someone who makes his bread in a creative field. Advertising is an industry that values freshness over experience. It stands to reason. When you’re trying to reach young people, it makes sense to hire young people. Don can’t pretend that he’s twenty five, or even thirty.

From the 90s through most of the 2000s, the design on cans of Coca-Cola became increasingly flashy, complex, and graphical. There seemed to be an emphasis on making the can look contemporary and new. However, when they switched back to a simpler, more iconic look, designers and consumers rejoiced. Limiting themselves to white print on a red can, they started to play with seasonal themes, and won several design awards in the process. By going back to basics, they learned that classic can trump cool. A brand’s history can be its most valuable asset, but it’s important to present that history in a way that feels new. As Roger has proven, even grey hair can look hip with the right cut.

Much of Don’s professional success (and failure) can be attributed to his relationships. Indeed, advertising is an industry built on relationships. It’s the client that decides what runs. On a more personal level, Don’s talent for recognizing the skills of others has helped him and his agency flourish. When a colleague first noticed Peggy’s aptitude for copywriting, Don helped to nourish her talents with smaller projects. However, before long, Peggy’s skills were starting to look as good or better than Don’s, and it caused their relationship to fracture. In Season 6 and 7, the agency is growing tired of Don’s late mornings, constant inebriation, and flippant attitude towards clients. He knows he’s been messing up, and he’s ready to change. The only problem is that he’s run out of allies.

Brands have a similar line to walk. Whether its a partner or a customer, one can only take so much. Consumers will tolerate plenty from brands they love, but there’s a tipping point. Converse is a brand that built its reputation on simple sneakers that were made in America. After moving production offshore and making several controversial design changes to some of their core products, their customers are still around, but they managed this by making changes slowly, and offsetting controversy with more advertising and marketing.

Inebriation is a central part of Mad Men, for better or worse, and many of the story lines revolve around the line between being a drinker and being a drunk. In early seasons, we see Don as a man’s man who can magically soldier through a three-martini lunch and manage to close deals in the afternoon. By season four, however, the facade begins to crack. In the episode “the Suitcase,” Don’s drinking officially becomes a problem.

Brands can’t get drunk on whiskey, but they can get drunk on Kool-aid. When things are going well, it’s easy for brands to believe their own hype. Unfortunately, the consequences of this rarely show themselves until it’s too late. Blockbuster Video was so confident in themselves that they were unwilling to see the threat in services like Netflix and Redbox. As Andy Grove of Intel once said, “only the paranoid survive.

As Mad Men enters its final season, Don has managed to evolve while staying exactly the same. In some ways, it’s his surroundings that have changed. An air of ominous is taking over the series. It appears that the show will be a tale of great ambition and great failure. One where crests and falls are directly related to a single character’s relevance in society. For Don, and for brands, blind ambition and a disregard for others is their ultimate downfall.