Webinar How to scale content creation with Video Brand Studio

Why my Grandma knows the term "Cloud Computing"

How do you know when a company is ready to upgrade to a forward-thinking and well-adopted technology? It's simple – when it’s gone from being an industry buzzword to something that even grandparents know about. I'm going to share why my Grandma now knows the term "cloud". Sophisticated cloud technologies have penetrated the invisible barrier of “geek tech” and into our everyday lives through the rise of web and mobile applications. Does your grandma take pictures with her iPhone and share them on Facebook? Does she play with an ipad and leverage cloud apps? It’s safe to say that those technologies have infiltrated the mainstream, and it’s important to understand why.

In the late 2000s, the software industry began pushing towards the cloud for business applications. The exact term, though, remained an in-the-know phrase -- if you talked with your grandparents about the cloud, they’d probably thought you were discussing the weather. But not today. These days, there’s a good chance that your grandparents have heard about cloud computing, and even know it's an application accessible through the web, (at least hipper grandmas out there). What they may not realize, though, is that they’ve probably been using it for a few years. This trend shows the inarguable ease-of-use for many cloud applications and their momentum. Software has been moving away from clunky monolithic installed systems. Today, now the most basic users are able to easily navigate through software-apps.

Many people use the cloud every day without even realizing it. Webmail, photo sharing, and Google Docs are all prime examples of how cloud computing has been put to use by the general public. If my grandparents know how to access and handle the most rudimentary cloud technology, then organizations can be confident that cloud for business will be well received and adopted by their team and users.

Why is this important? In recent years, companies have begun moving towards the cloud due to the increased robustness and advanced security of intelligent applications. However, user adoption rates are something any organization has to worry about. For example, marketing departments are the entry point for revenue generation, meaning that staff downtime needs to be minimized. If a cloud marketing platform has grown into mainstream level of usability and awareness, then it’s established itself as a viable method. That symbolizes an inherent trust, preference and understanding of the technology -- functionality, security, and accessibility are all part of the package. With cloud technology hitting its stride and becoming a more accepted notion, everyone from marketing to sales departments can feel comfortable in adopting these solutions.

Marketing departments are uniquely situated in that they wind up being a central hub for interaction. From outside vendors and customers to internal sales staff and IT departments, their reach ranges across the board at a global level. CMOs are beginning to take advantage of the cloud to streamline their efforts. For example, cloud digital asset management creates a centralized means of getting marketing materials to the appropriate people without the clunky process of email or FTP -- just show the end-user where to sign in from their mobile device, such as laptop or ipad.

The best part about it? Cloud applications are now mainstream enough that there will be little confusion or resistance on the other end. The public, from tech wiz-kids to grandparents, has finally caught up with the technology curve, meaning CMOs can look to the cloud to improve their workflow. Quick, secure, and definitely accessible, using the cloud for business is here to stay. And if my grandma or 3 year old nephew can intuitively learn and operate a powerful and trustworthy cloud application, then business apps should provide the same experience. That is what the cloud brings to the table. 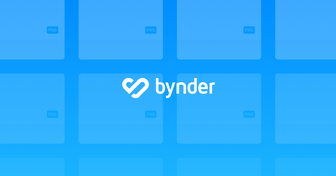 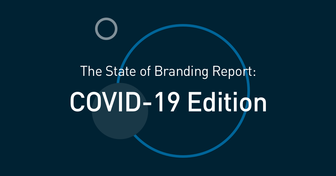