How to whip your brand into Shape – Lessons from Indiana Jones 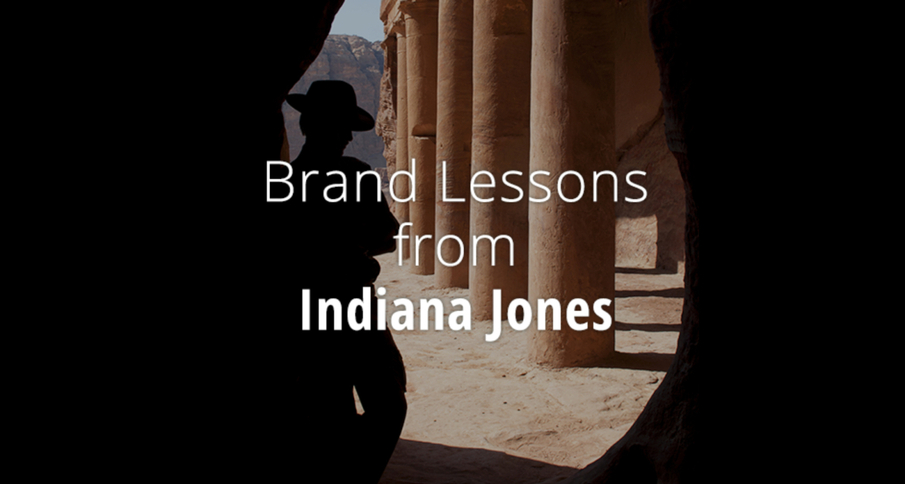 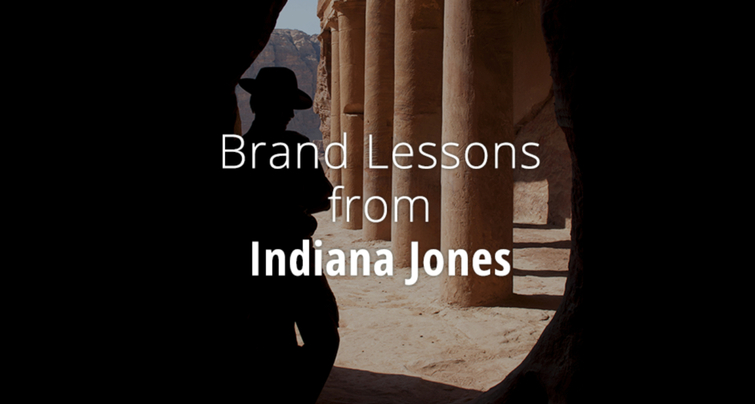 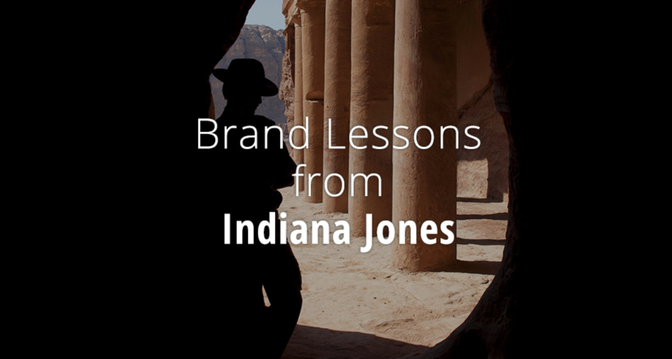 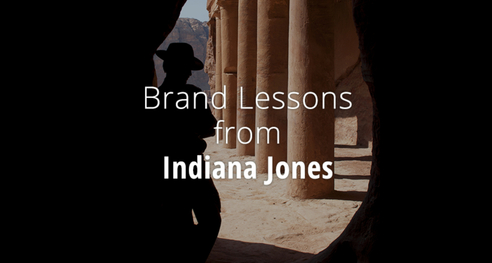 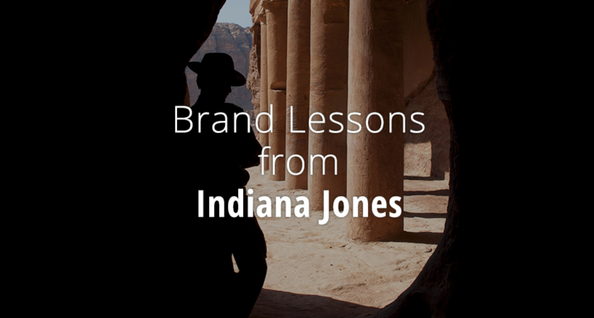 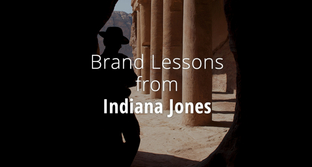 The fedora. The whip. The jacket. After 34 years, four films, a dimly remembered TV series, and a ride at Disneyland, Indiana Jones continues to loom large in popular culture.

Truth is, all Professor Jones really accomplishes is to slow down the bad guys a little… and get beaten to a pulp in the process. But, no one would hold it against Indy. Why? Because his brand is just too strong.

So what does Indiana Jones have to teach us about branding?

When Indy says, “I’m making this up as I go,” we believe him. Obviously, you can’t improvise a branding campaign the way Indy improvises the lengthy chase that follows this line in Raiders of the Last Ark, but the take-away here is authenticity. We believe he’s making this carefully choreographed action set-piece up as he goes.

Savvy customers can smell desperation a mile away. A campaign that smacks of manipulation rather than authenticity is going to make them move upwind.

A 2012 Harvard Business Review study focused on “sticky” customers – that is, ones who follow through on an intended purchase and who are more likely to come back for more – found that nothing’s more important than being able to easily and confidently gather information and weigh their buying options. The simpler this decision-making process, the more likely they are to buy.

That means appealing to a simple, straightforward experience is generally more effective than reams of detailed information about a product’s capabilities. How much more effective? 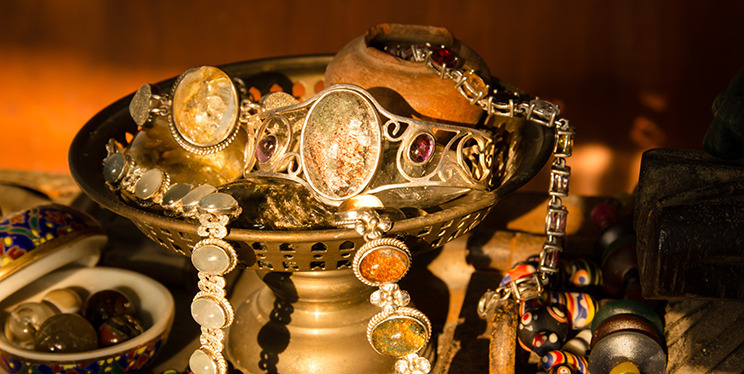 Have a Rock-Solid Tagline

Big brands spend gazillions on coming up with slogans and taglines, but young Henry Jones Jr. nails his at the age of 12. “It belongs in a museum!” he says. This one line emphatically communicates to us that he does what he does not for personal gain, but because it’s the right thing to do. To put it another way, his themes of “specialist expertise” and “acting responsibly” strongly contribute to our perception of his brand. (Sure, later in life he nearly blows up the Ark of the Covenant, but we’ll let that slide.) 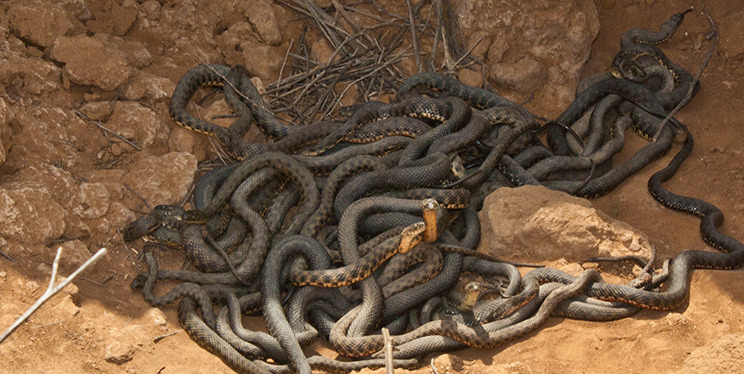 “Why’d it have to be snakes?” Indy says when he discovers a secret chamber full of snakes. Sealed in an ancient Egyptian tomb, Indy nonetheless keeps it together and makes his escape. Social media can be a snake pit, too. Any company with a public image and an Internet presence risks being thrown into its own proverbial Well of Souls. Be prepared for the worst-case scenario.

As is often the case when mistakes are made, the best damage control for a brand is almost always whatever appears to be the hardest thing to do. Namely: 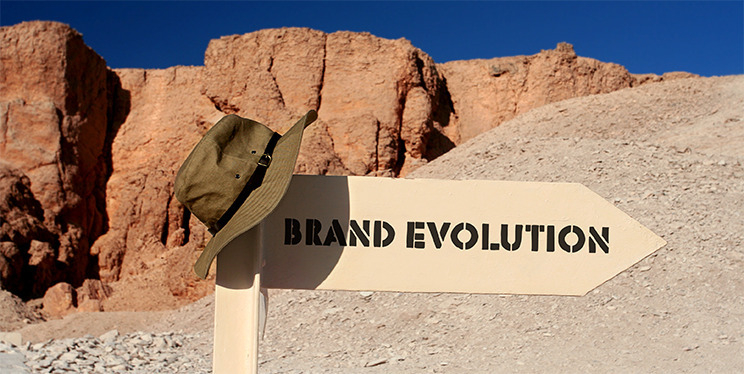 Indy gets beaten up like nobody’s business. Which is good, because Harrison Ford loves a pained expression. After a comment about how bad he looks, he says: “It’s not the years, it’s the mileage.”

Brands with mileage don’t endure for decades without evolving. There was a time was when consistent messaging was the Holy Grail of branding, but the fact is that the current media landscape is too diverse and huge to make that as practical as it once was. Instead, brand identity needs to be fluid and adaptable to different demographics and platforms.

Your customers are evolving, too – they only have about an 8-second window to take in your brand before something else distracts them, especially if they’re online. And according to Google they almost definitely are, because 90% of all media consumption happens on screens of some kind. There’s a lot of competition for those eyeballs. Make your 8 seconds count. 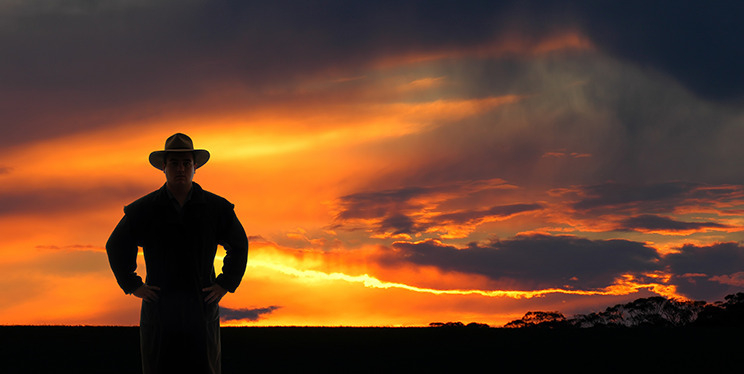 When Indy leaped into a refrigerator in Kingdom of the Crystal Skull to protect himself from a nuclear blast, it was a bit too much for fans. In fact, it’s become such an iconic example of the franchise gone wrong that “nuking the fridge” is a thing now. It’s like “jumping the shark,” but less restrained.

Fluid, evolving brands are all well and good, but don’t lose sight of what your customers want or expect.

While customers expect a consistent experience, they also want that experience to be personalized to what they’re looking for. Let’s put that into numbers:

Close to half of all marketers surveyed say that personalization is just too time-consuming. Make time – before your brand ends up in a crate in a warehouse somewhere.

Find out how Bynder can help you manage your brand more effectively by signing up for a trial.